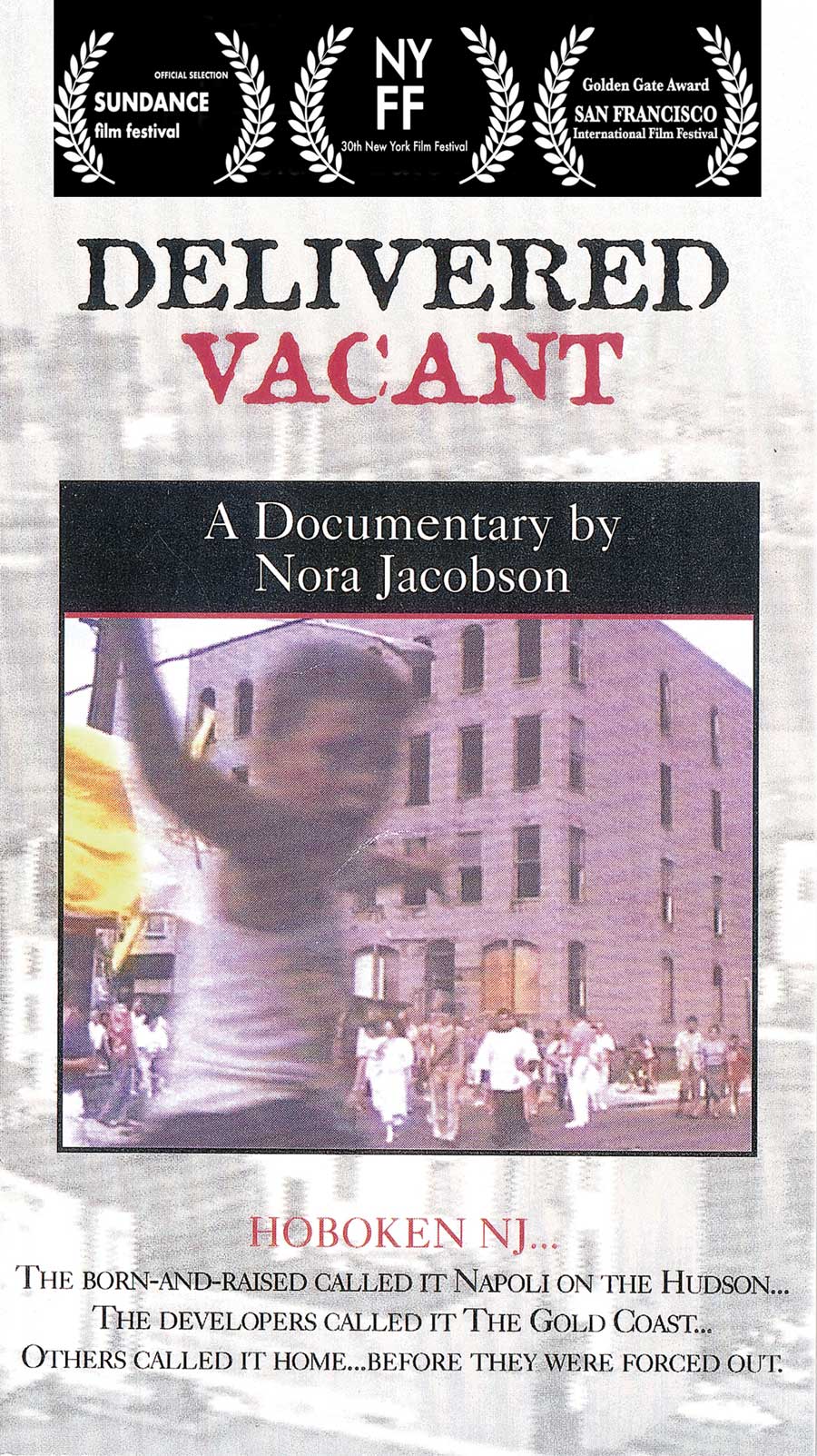 This film is an eight-year chronicle of housing gentrification in Hoboken. An intricate and deeply human portrait of the city and the people that lived there, the film went on to play at the New York Film Festival, Sundance, and the San Francisco Film Festival where it garnered a Golden Gate Award. In the doc, Jacobson captured all sides of the real estate struggle with an equally intelligent and wry eye, from eccentric politicians and naive developers, to Hoboken natives and newly transplanted yuppies.

Hailed by Vincent Canby of The New York Times as "a fine, rich film ... an urban epic."

This award-winning documentary chronicles 8 years of housing wars in Hoboken, NJ, a mile-square city across the river from Manhattan. It features a real life cast of long time residents, newly arrived yuppies, tenant organizers, real estate developers, immigrants from around the world and the wackiest mayor in America. To purchase a Digital Download: $8 We will send you via email a private link for your digital download. As the link to download the film is not generated automatically. It may take us a few hours to send you your link. Thank you for your patience.

Fred Lombardi, Variety, October 19, 1992:
"Producer-director Nora Jacobson keeps this bit of social history vibrant with a lively assortment of characters and an involving battle over displacement of residents."

Dave Kehr, NY Daily News, August 6, 1993:
"...Nora Jacobson's 'Delivered Vacant' is a documentary that puts many Hollywood epics to shame in terms of its scale, substance and intricacy of storytelling."

Gene Seymour, New York Newsday, October 10, 1992:
"...we now have one of the best and most touching histories we may ever get of what happened to America in the last decade....this richly detailed saga of urban transition...comes close enough to be ranked with books like J. Anthony Lukas' 'Common Ground.' It's that good."

Amy Taubin, The Village Voice, June 1, 1993:
"An '80s gentrification saga with the scope and detail of a 19th century novel, Nora Jacobson's Delivered Vacant has the charm but none of the smartass posturing of Roger and Me....more involving than the most impassioned agitprop or well-balanced PBS documentary....Jacobson has an amazing ability to get people to reveal themselves on camera..."